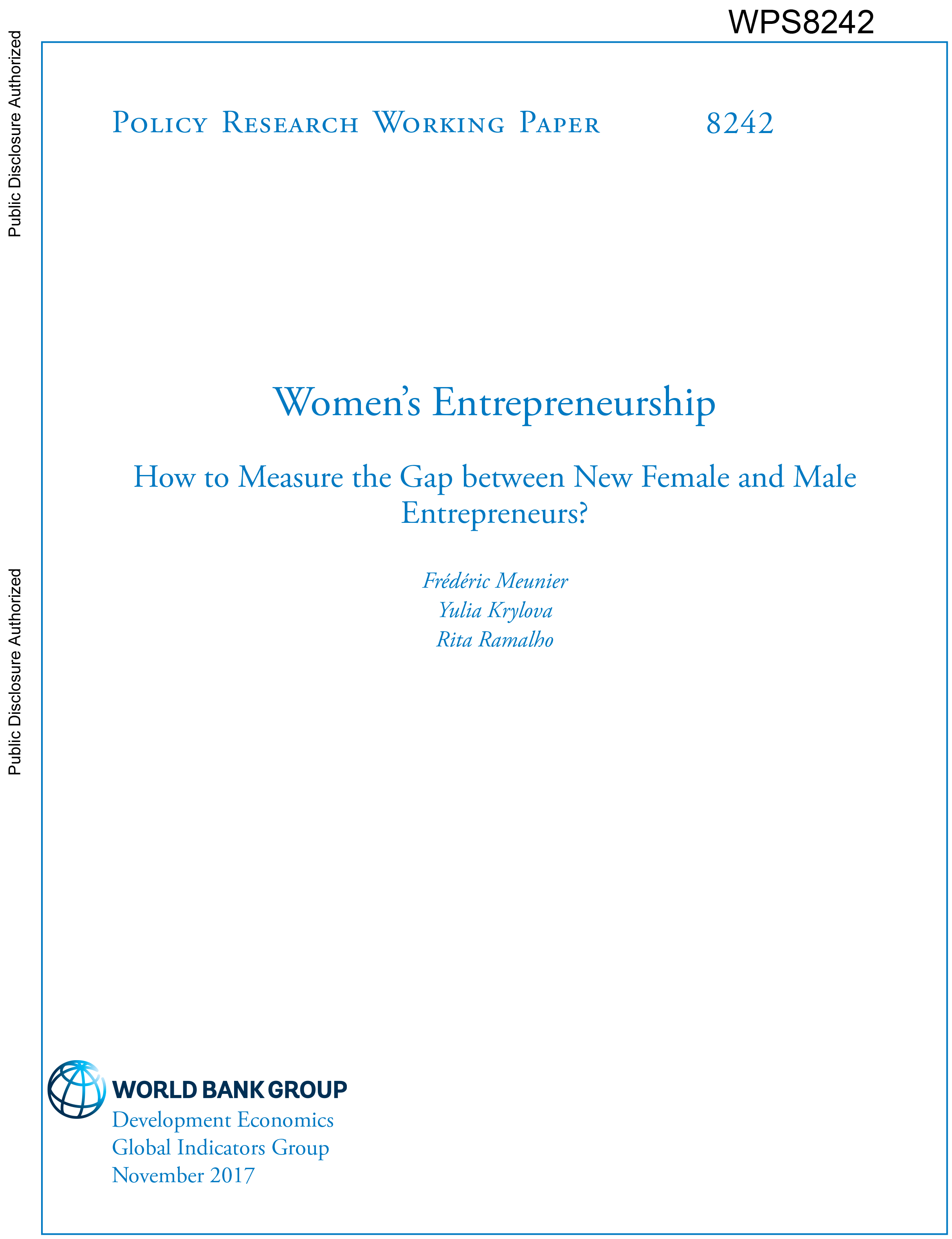 The paper analyzes data on female and male entrepreneurship that were collected by the World Bank Group's Entrepreneurship Database. Recognizing the importance of a differentiated approach to entrepreneurship in terms of legal entities, the data on female and male business owners are collected at the level of limited liability companies and sole proprietorships. Forty-four of the 143 economies that participated in the Entrepreneurship project provided some sex-disaggregated data for 2016. The paper finds that the gender gap in business ownership remains high in many economies around the world. In the majority of the analyzed economies, less than one-third of new limited liability company owners are women. Although sole proprietorships are more frequently used by female entrepreneurs, only three economies have similar or equal number of women business owners relative to men. The gap in female entrepreneurship is especially apparent in low-income economies, where women are much less likely than men to start a new business.